Many people travel from different parts of the universe into Africa to see the gorillas in their natural habitat in East and Central Africa.Some tourists choose guided tours, while others choose to drive them selves in rental cars. For example, clients can rent a 4×4 car in Nairobi and drive through Kenya, Tanzania, Rwanda and Uganda to enjoy the different wildlife, scenery and the gorillas in their natural habitat. However, self drive tours are not recommended in DR Congo where we find the low-land gorillas. In that case, tourists hire local guides from Goma, Bukavu, Bunagana and Cyagungu to complete their gorilla safari in Congo. 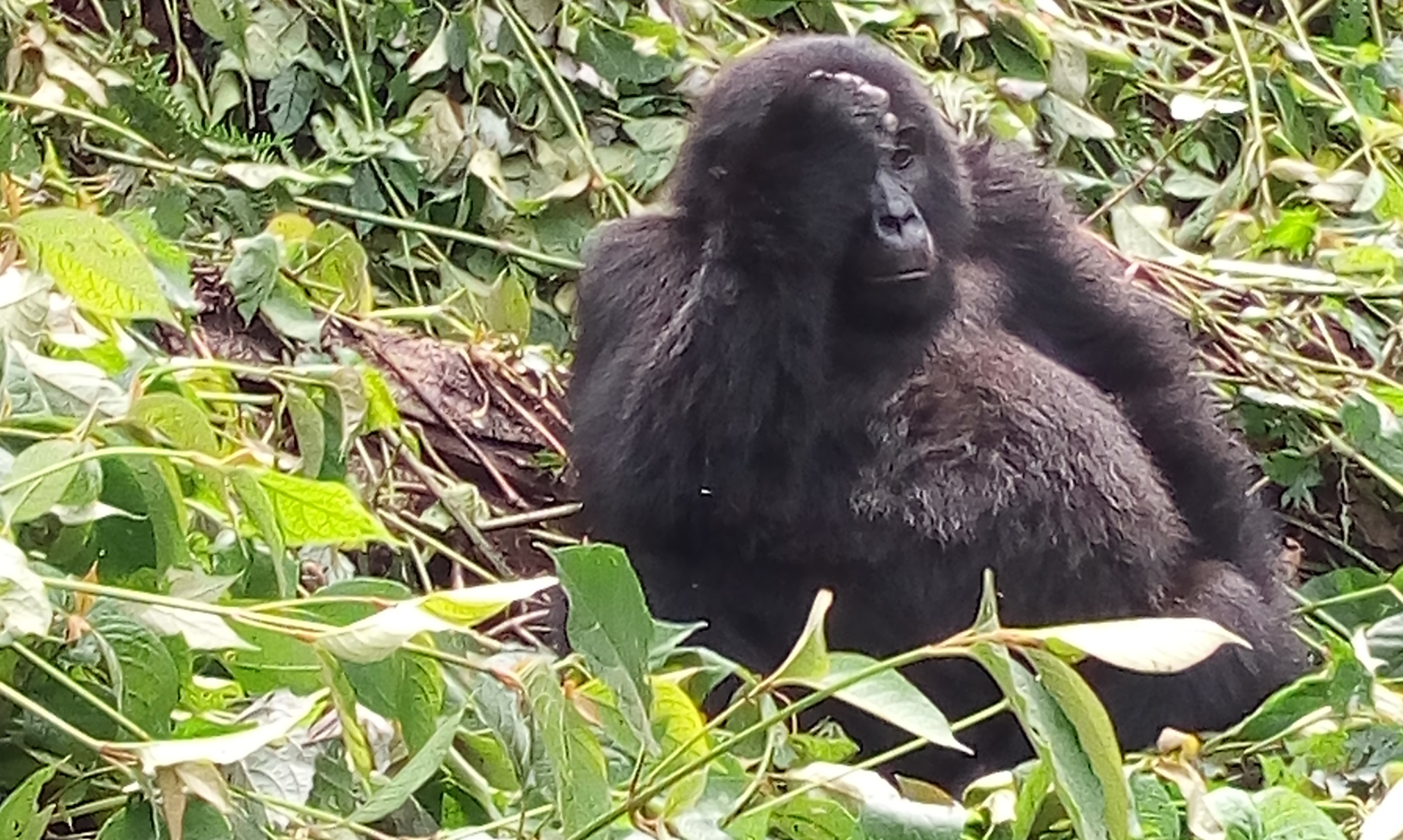 Like the names suggest, these Great apes have distinct habitats. The Grauer’s are mainly found in the heavy forests on the Atlantic coast of Africa. They have smaller place where they thrive from as well as the wilderness in Democratic Republic of Congo, Equatorial Guinea, Central African Republic and Cameroon. Mountain gorillas are only tracked from Bwindi Impenetrable Forest National Park and Mgahinga National Park in southwestern Uganda, Volcanoes National Park in northwestern Rwanda and the Virunga National Park in the Eastern Democratic Republi of Congo. They mostly live within altitude 3000 to 4300 meters above sea level. The mountain gorillas’ habitats feature steep slopes once active volcanoes though they are famous of wandering as far as the highest elevation where they can encounter freezing temperatures. Mountain gorillas feature as the hugest among all the apes with males weighing about 135 to 220 kilograms and standing between 1.2 and 1.8 meters. The Grauer’s weigh from 65 to 180 kilograms and females are said to be smaller compared to males normally weighing half of the mountain gorilla weight.

Mountain gorillas are listed as the critically endangered species and they are fewer than 900 in the entire world. To track these unique creatures, there are several groups that have been habituated for visitor experiences. In Uganda there currently 15 habituated gorilla families for visitors to track each day, 10 are found in Rwanda and 8 are in Democratic Republic of Congo. 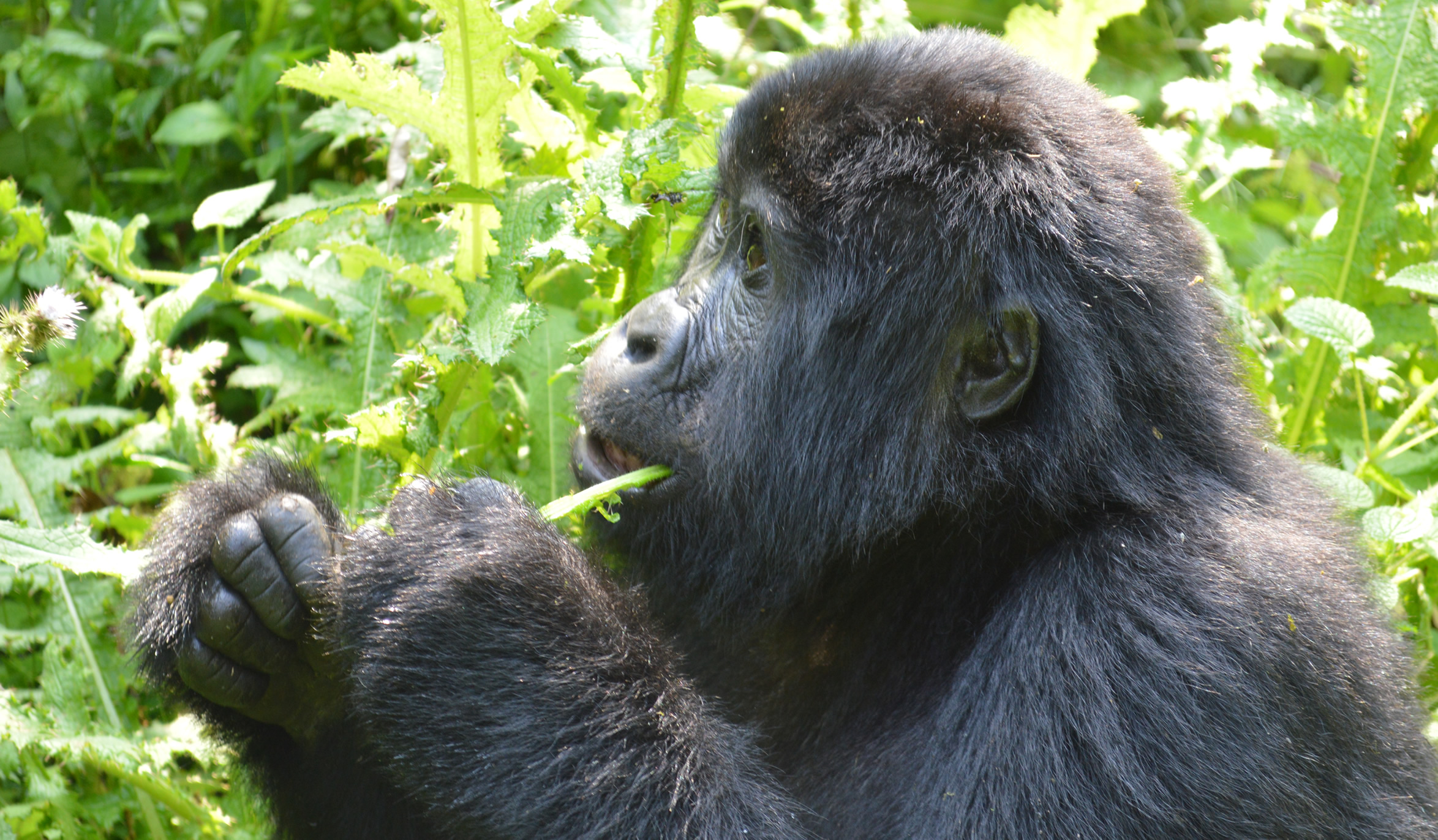 For Lowland gorilla trekking, only two gorilla families have been habituated for visitor encounters and there are not more than 5000 Eastern Lowland gorillas still thriving on earth with 284 of them living in Kahuzi Biega National Park. Due to extreme threats, the Lowland gorillas have also become the most endangered apes in the wild today.

Both mountain gorilla and Lowland gorilla trekking require visitors to have a permit. However, the cost of permit differs from destination to destination. In Uganda mountain gorilla permits are obtainable at US$600, in Rwanda at $1500 per visitor and $400 in Virunga National Park and as well as Lowland gorilla trekking in Kahuzi Biega National Park. 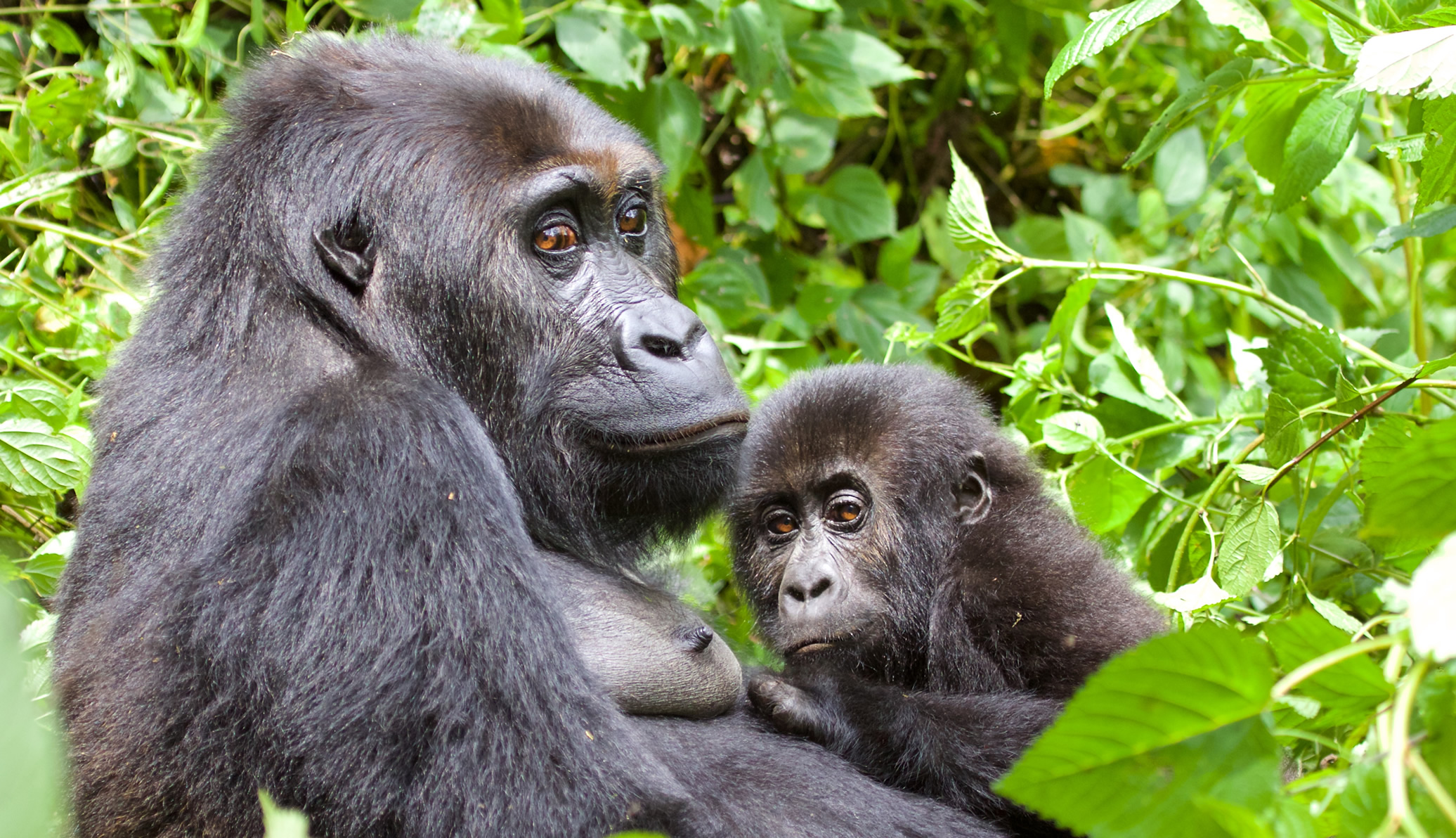 Kahuzi Biega National Park is a national area around Bukavu town in the Eastern part of the DR Congo. It is located close to the western bank of Lake Kivu and the Rwandan border. The park is the perfect destination for Eastern Lowland gorillas and features a number of gorilla groups for visitor encounters.

In conclusion, mountain gorillas and Eastern Lowland gorillas are Great apes in the world. Trekking to see the habituated gorilla family for these remarkable creatures offers lifetime experiences. Mountain gorillas are scientifically called Gorilla beringei beringei while the Lowlands are known as Gorilla Grauer.