Africa inhabits certain wildlife species at risk of extinction, and among these, we have the endangered mountain gorillas, Bonobo, Rhinoceros, and Grevy’s zebras. We need to put different strategies to ensure that all Africa’s wildlife is protected and survive through strategies such as training rangers, using sniffer dogs, and empowering communities.

Critical to conserving endangered wildlife in Africa is the local people. Sharing the land, often alongside each other, leads to conflicts for resources and deforestation thus encroaching on animals’ natural habitats. If local people are sensitized and learn to live together with wildlife, inside and outside of protected areas, the future for all will thrive. Below are some of our partners in the conservation of African Wildlife; 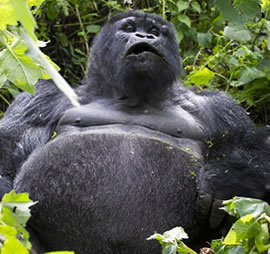 One Day Gorilla Trekking Expedition in Volcanoes National Park Rwanda This is the Shortest gorilla tour package in Rwanda and has become very popular with tourists. The 1 day gorilla […] 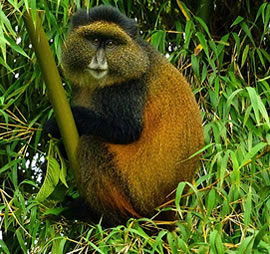 The 3 day Rwanda gorilla tour is the most popular tour package for most travelers into Rwanda. The main activities are gorilla tracking, genocide memorial tour and Golden monkey tracking or […] 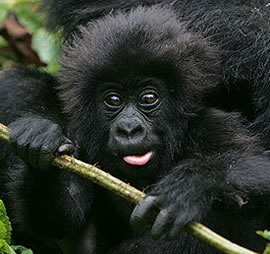 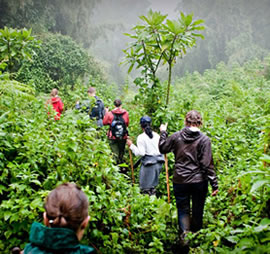 Day 1: Transfer to Bwindi Impenetrable Forest Transfer from Kampala in the morning and drive to the southern part of the country, you will have en-route stop at the Equator, […]

We have a wide range of tour packages and different activities to make your African travel experience lifetime memorable. Our team of experts takes personal care in every steps of our valuable clients providing them customized services. We are internationally famous for offering excellent services at the best prices on the market. 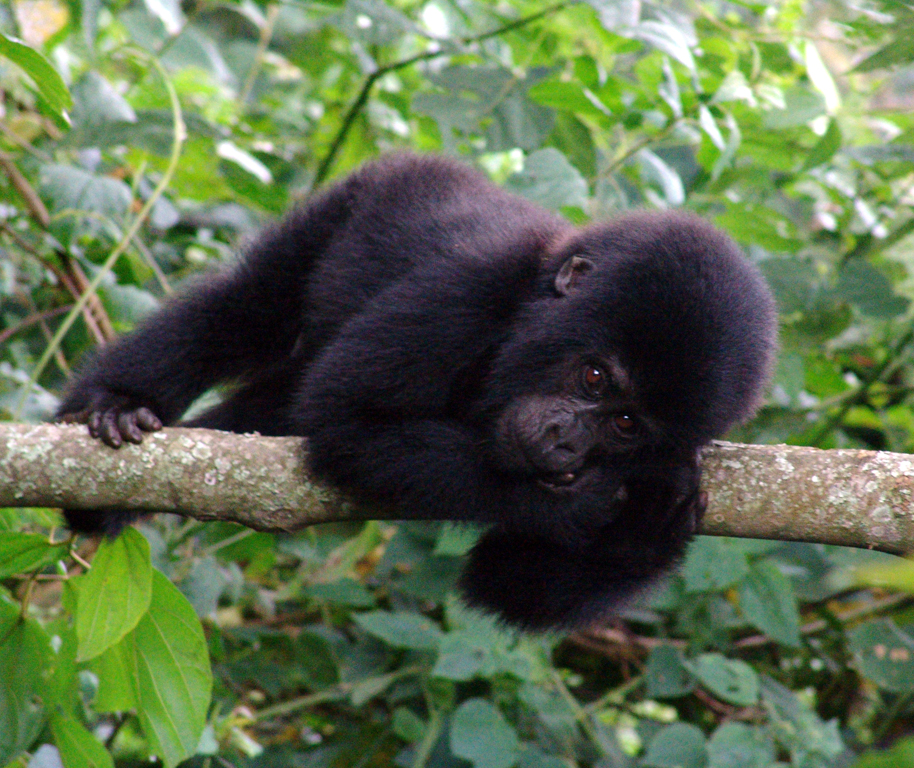 There are only 880 mountain gorillas left on earth according to 2011 gorilla census report. Half of this population is found in the misty Jungles of Bwindi impenetrable National Park in Uganda, while the remaining population lives in the Virunga Mountains that straddle Rwanda, Uganda and DR Congo. The fact that mountain gorillas are critically endangered, their habitat is now heavily protected from human activities. Majority of these gentle giants live a wild existence, far from human reach. However, there are some gorilla groups habituated for tourism purposes, tracked and observed by small numbers of visitors under the watchful eyes of park scouts. A maximum of 8 persons can visit each gorilla group day.

Where to see the Mountain gorillas in Rwanda?

Rwanda is a very small country offering a perfect destination for mountain gorilla trekking in Africa. It offers a short gorilla tour in combination with a wildlife safari or beach stay elsewhere in East Africa. Gorilla safaris in Rwanda take place in Volcanoes National Park, which is only 120 minutes drive on tarmac road from Kigali capital of Kigali international airport. A minimum of one-night stay is recommended for a single gorilla trek, and two nights would be ideal for both gorillas and golden monkeys.

Rwanda has over 10 gorilla groups habituated for tracking by tourists. Many birth and death are registered in each group which means that the groups keep on increasing and decreasing. Some female juveniles may decide to shift to other groups and others prefer leaving alone. Below are the family names.

Planning your gorilla tour in Rwanda

When to Go Gorilla Trekking in Rwanda?

In Rwanda, gorillas are visited all year round. However, high season is from Mid June to September, then December to February. The trek in search for mountain gorillas in the wild is arduous during rainy seasons of April, May and November. Altitude is 2000m and above, therefore, it is expected to rain at any time of the year. 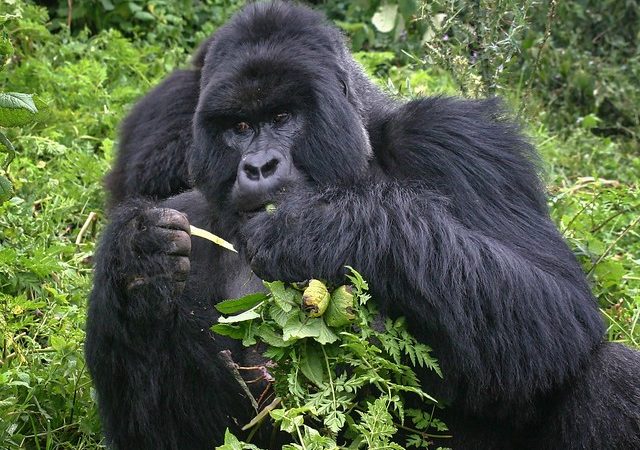 Besides gorilla tracking, Bwindi National Park is the only destination for gorilla habituation in Uganda, excellent birding, Batwa experience, forest walk, cultural encounters, and many others. Mgahinga, on the other hand, is famous for golden monkey tracking, birding, Batwa trail, Mountain hiking (Muhabura, Sabyinyo and Gahinga).

A gorilla permit acts as permission to visit gorillas in the wild bamboo forest of Volcanoes National Park. Booking gorilla permits in high seasons can be difficult at short notice. You are advised to plan your safari well ahead because the demand for gorilla trekking permits is very high in search seasons. We need ample time to make proper arrangements for booking your permits/passes.

A maximum of 8 persons allowed visiting each gorilla group per day. Permits cost US$750 per person per visit for foreign non residents. Foreign Residents leaving in Rwanda, as well as Foreigners leaving in East Africa with work-permits East Africa to have a discount on gorilla permits. We expect negotiations to reduce the cost of gorilla passes in Rwanda as it is in Uganda during the low, rainy season (April, May and November). So contact us for further information on this if you’re thinking of taking a gorilla trekking safari in April, May and November. Contact us for updates. In Uganda, gorilla permits cost US$600, in low seasons, the cost reduces to US$350.

Do I need to be fit to go gorilla trekking?

Mountain gorillas live in montane forests of Virunga Volcanoes National Park and Bwindi Impenetrable Forest, thus, the trek in search for these gentle giants goes through varied vegetation and slippery terrain. You will need a reasonable level of fitness and a willingness to climb up muddy slopes and through the thick growth. However, if you are not fit, you can hire porters to push/pull you when you get stuck or carry you on stretchers up to the gorillas.

Are we guaranteed to see gorillas when you set out?

We can’t guarantee 100% sightings of the mountain gorillas because they move freely in the wild. However, we have never had a case where a group of tourists failed to see a gorilla group assigned because, because, the park management employs trackers who set off at dawn to locate the gorilla groups and radio their GPS co-ordinates to the park headquarters. Therefore, as you start the trek with your ranger guide, you know where to find them. The trackers stay with the gorillas and move with them until you arrive. 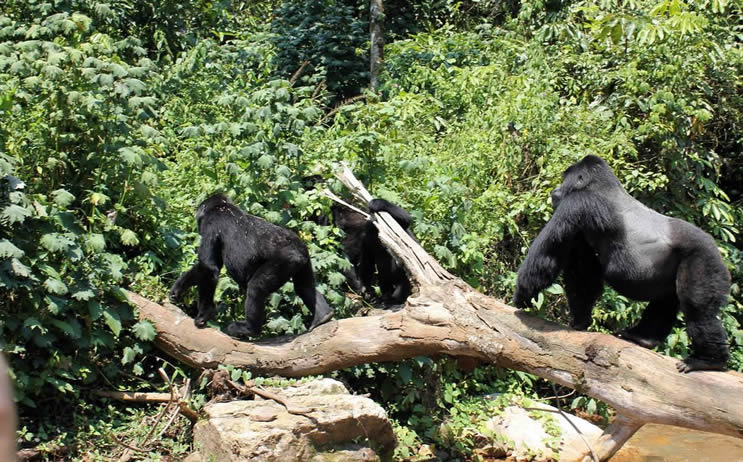 What to wear for gorilla trekking expedition?

During the trek, expect to get muddy and rained on, therefore, a waterproof jacket is recommended, hiking shoes, garden gloves, a hut, Insect repellent, long trousers to protect your legs against nettles, and a T-shirt with a long-sleeved shirt over the top. Don’t forget a waterproofed day-pack for your camera, water bottle and snacks. Hire a porter to carry your day-pack and assist you up on steeper slopes. Here you directly create employment opportunities to local people and you contribute to the conservation of the mountain gorillas and their habitat.

Minimum Age for gorilla tracking in Rwanda and Uganda

One must be at least 16 years old. There is no flexibility to this rule, its enforced by the park management. There is no upper age limit.