Rugezi Marsh also famously called the Ruhengeri marsh features among Rwanda’s most spectacular protected areas. It stands within 6735 hectares and it is one of the headwaters of the mighty Nile in the Northern Province within the Buberuka highlands. The 2100 meters features as its high altitude and it formed due to accumulation of various organic materials within the quartzite rock trapping water depression. This wetland plays significant ecological, socio economical, historic, hydrological and recreational role in Rwanda most of which include controlling the water flow. However, the unsustainable use of the marsh resources and that of the watershed together with continued climate change have affected the wetland and led most locals to suffer and the entire nation in one way or another. Rugezi wetland features as an important bird area and it is acknowledged by the Birdlife international in 2001. It offers refuge to over 43 bird species which thrive in and around the marsh and the notable ones include the white winged swamp warbler, yellow warbler, Caruthers’s Cisticola, baglafecht weaver, white collared olive back, papyrus canary, thick billed seedeater, slender billed starling, white winged scrub warbler, Cyperus papyrus, papyrus gonolek, Grauer’s swamp warbler and others. The plant species that thrive within this wetland include the Cyperus latifolius, Miscanthidium violaceum, papyrus c. papyrus and others. 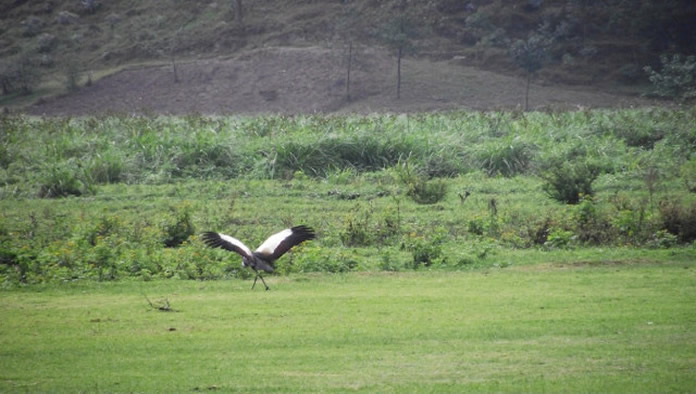 The Rugezi wetland features as the high elevation valley which formed as a result of the uplift of Buberuka highlands. Its borders stretch between the southern latitude and eastern longitude. However, its hills in the marshy land are as a result of erosion and they come in a round shape. Its geological creation comprises of metamorphic rocks and the ridges around the flooded wetland are of quartzite creations. Naturally, it existed due to intense mat over floating peat formation in its deeper waters. The average rainfall in the wetland is about 1200 mm per year. Rugezi wetland controls the inflows and outflows in the area especially the water resources that flow into the downstream Lakes of Ruhondo and Bulera. However, there are some environmental matters that are linked to Rugezi wetland and they include water and gas supply, agricultural reclamation and drainage by electro gas. Within water level and swamp degradation, the wetland come in 3 parts which include the northern section that is largely degraded by most of human activities like livestock grazing and agriculture, the central part that is degraded as a natural vegetation that features typical highland marshes and the southern sector where the water levels are high with living and the typical vegetation. The illegal practices in the wetland that have impacted on this wetland are fishing, agriculture, trading of chicks of the grey crowned crane, illegal hunting and others.

Ruhengeri marsh features as one of Rwanda’s most populated areas and covers more than eight (8) administrative sectors like Kivuye, Butaro, Miyove, Nyankenke, Ruhunde, Burera, Gatebe, Cyero and Gicumbi. Most of the residents around the wetland depend on farming and the major crops cultivated are beans, Irish potatoes, maize and livestock systems practiced comprise of zero grazing.

Rwanda safaris
« What is The Difference Between Lowland And Mountain Gorilla Trekking? Gorilla Experience in Africa »